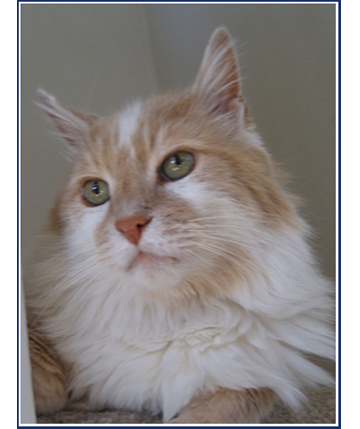 Scooter came to us under mysterious circumstances – a tiny little kitten covered in oil and fleas looking very pathetic. We took him in, bathed and fed him and he became an enormous part of our lives for the next 18 years. He was all at once fierce and loving – he had a large personality. He had many aliases, among them Fangus McMouser and Sir Pouncealot. We were often glad to be bigger than him for he eyed us with a lion’s intensity sometimes. He had many adventures and lived his life fully. As he became frail with age, we remembered and respected how he lived, and at the end had peace in knowing we provided a great life for our little king. Long live the King!                    ~ Joel and Jamey Rickman, August 2014 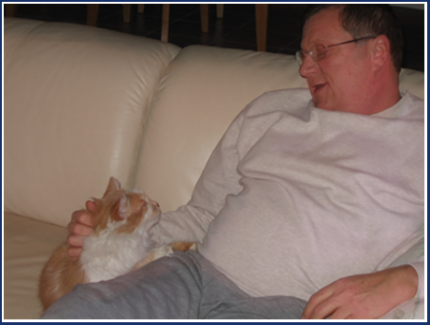